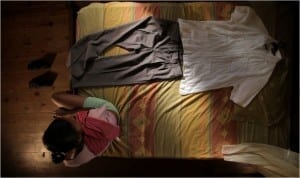 Keyla lives with her father Breggie on Providence Island, in the Colombian Caribbean sea. On her 17th birthday she's  waiting for him to celebrate, but he never arrives. In the middle of the political conflict between Colombia and Nicaragua, who are disputing the oceanic territory of the native islanders, Breggie went out to sea but did not return. While they are looking for him, Keyla and her uncle Richard receive an unexpected visit from Spain: Helena, Breggie's ex-wife, comes with her son Francisco, Keyla's half-brother.

Breggie left his most precious possession to Keyla, a map which once belonged to the pirate Morgan that indicates the location of a hidden treasure. Keyla and her brother set out on the treasure hunt. On this adventure they get to know each other and accept one another as siblings.

This is a story about a broken family which reunites when one of its members disappears. What will happen when some Islanders and Europeans find each other in such an extreme situation?